What are the traditional drinks in Sardinia? Here the most popular ones

What to drink when in Sardinia? Here the 4 best drinks you should try while in Sardinia 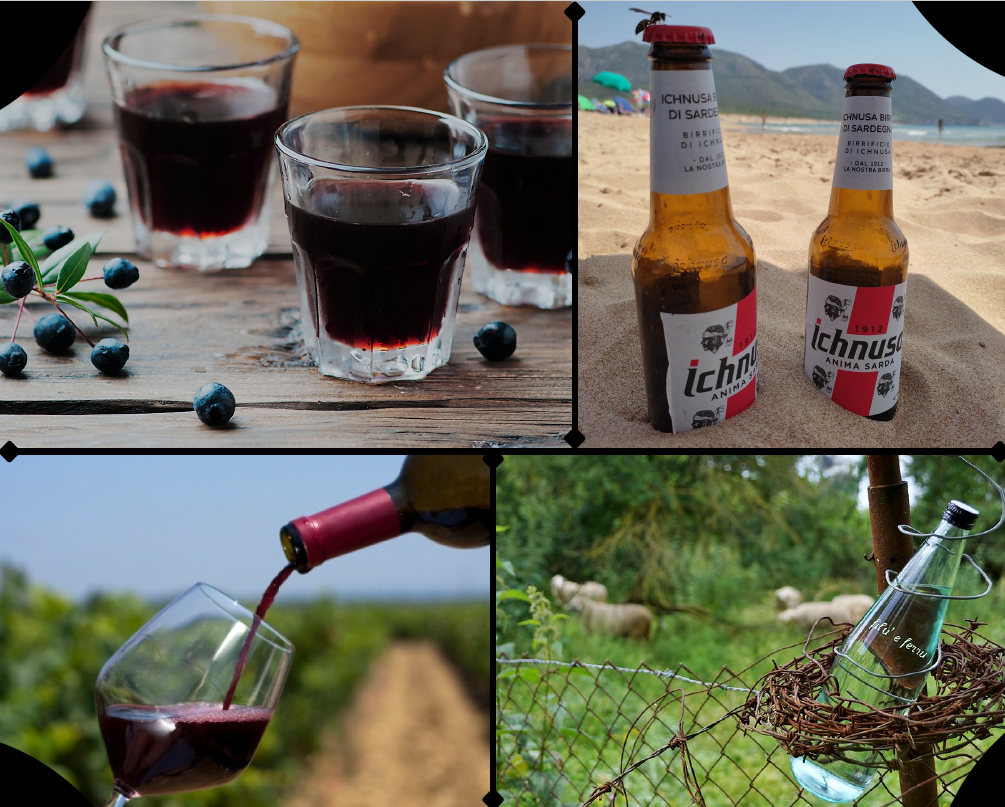 What to drink when in Sardinia?

What are the traditional drinks in Sardinia?

I have often been asked: What are the traditional drinks in Sardinia? What do you drink when you are in Sardinia?

As in most regions of Italy, the favourite drink in Sardinia is wine, but the most famous drink is myrtle and the most popular in summer is beer.

In this article I will present you the five best and most popular drinks that you should try: 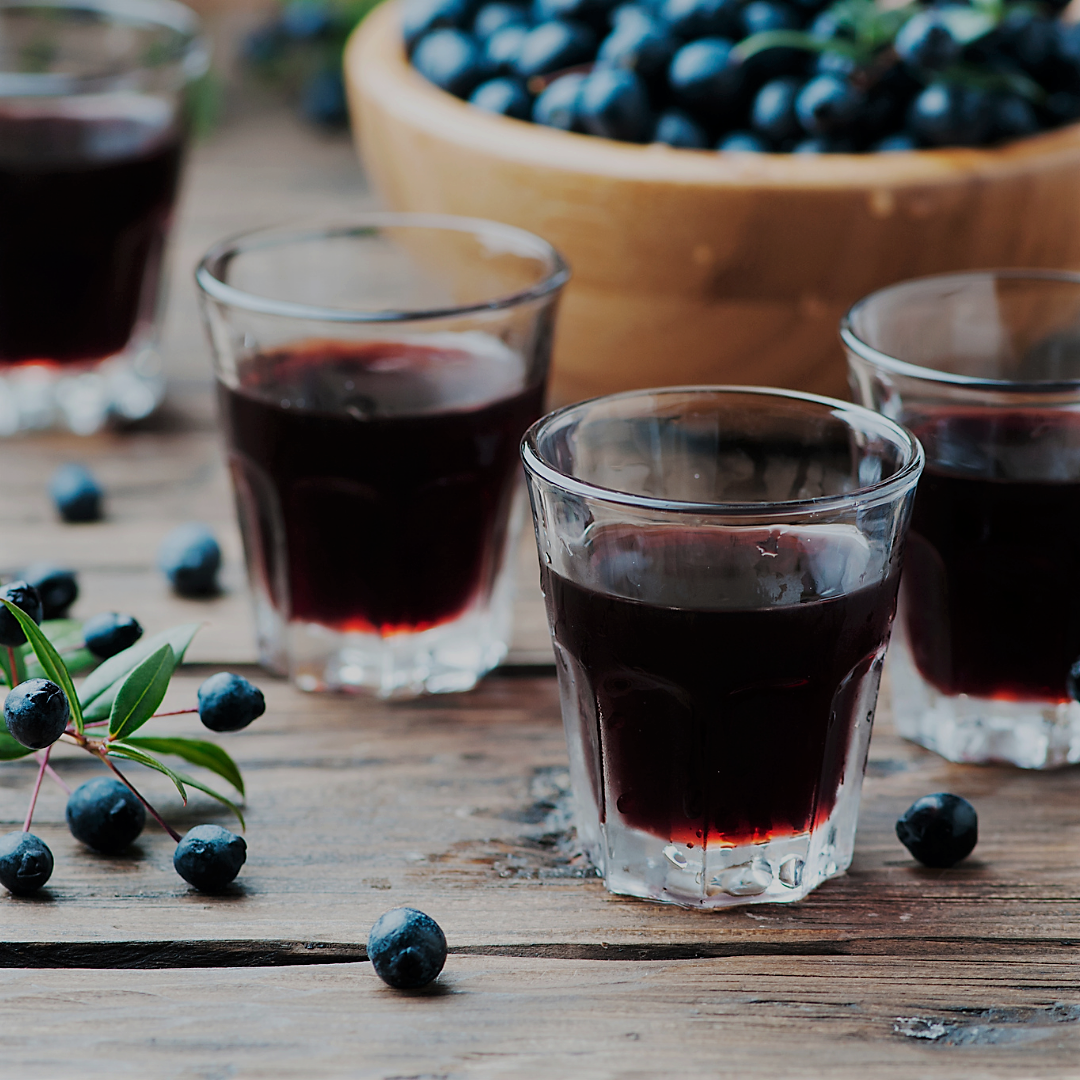 The most popular Sardinian liqueur, Mirto (licòre de murta in Sardinian), is commonly sipped after lunch as a digestive and must be served cold. It comes from the myrtle plant and is made by macerating the berries or a mixture of berries and leaves in alcohol. In Sardinia, myrtle grows naturally.

There are two varieties of mirto:

Mirto rosso (red) is made with the berries and is sweet. This liqueur is the most popular in the island.

Mirto bianco (white) is made from the leaves.

The Myrtle berries resemble the blueberries but have a juniper, allspice, and pine flavour, giving the mirto liquor a spicy, amaro-like flavour.

Where to buy Mirto? Mirto is available at most bars, restaurants, and markers throughout the island.

Where to buy Mirto in UK? It is possible to buy Sardinia Mirto at Eataly in Liverpool Street or on Amazon

Homemade Mirto is popular among Sardinian families; each family has its own recipe, and frankly, there is no better Mirto than homemade. 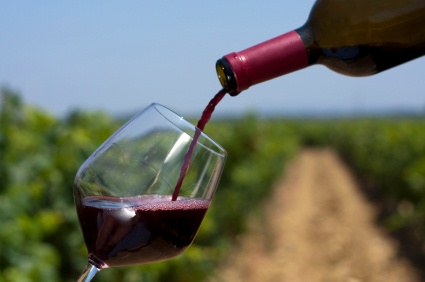 There are several varieties of wine in Sardinia, here I will mention the best known. Sardinia is home to Cannonau, the local name for Grenache, as well as Vermentino and Carignano, also known as Carignan.

Cannonau is the most popular grape type in Sardinia, and it is from this grape that Cannonau wine gets its name. Cannonau grape production is scattered throughout the island, but it is concentrated in the most central areas of the territory named Ogliastra. The taste varies from dry to sweet.

Curiosity: According to recent studies and the discovery on the island of grapeseed remains dating back 3200 years, Cannonau is considered the oldest wine in the Mediterranean basin. These studies have also affirmed that the origin of Cannonau goes back to Sardinia and not to Spain.

Vermentino wine is made from the Vermentino grape variety, which is found in the north-eastern parts of the territory known as Gallura. Vermentino has a dry taste that pairs well with local seafood dishes and regional delicacies like seafood spaghetti and Carasau bread (typical Sardinian bread).

Curiosity: Vermentino di Gallura was a DOC until September 1996, when it became the island's first DOCG.

Carignano, launched in June 1977, is a red and rosé wine made predominantly from the Carignano grape, which is grown in the southwestern region of Sardinia known as Sulcis. The grape is thought to have arrived to the island from Spain, and because it thrives in warm climates with little rain, it has made a great home here. Carignano best matches with strong cheeses and red meats.

Curiosity: The Superior type must be obtained from grapes from vineyards cultivated using the traditional method named ‘Alberello Latino’. This method refers to a cultivation system that consists of growing vines not in traditional rows but as single plants, so that they can make the most of the resources available in the soil. Usually, this type of cultivation is used in areas where the available resources are rather limited. It is no coincidence that the Carignano vine loves arid land and the wind from the sea.

Where to buy Sardinian wines?

Sardinian wines are available at Eataly in Liverpool Street, on Amazon or on www.tannico.co.uk

Where and when to enjoy Sardinian wines?

Many wineries now offer wine tasting experiences and in some of them the owners tell the story of the family and the vineyard like Cantina Aru.

Contact NxtStop Sardinia for a visit to a winery in the Sulcis region of Sardinia. 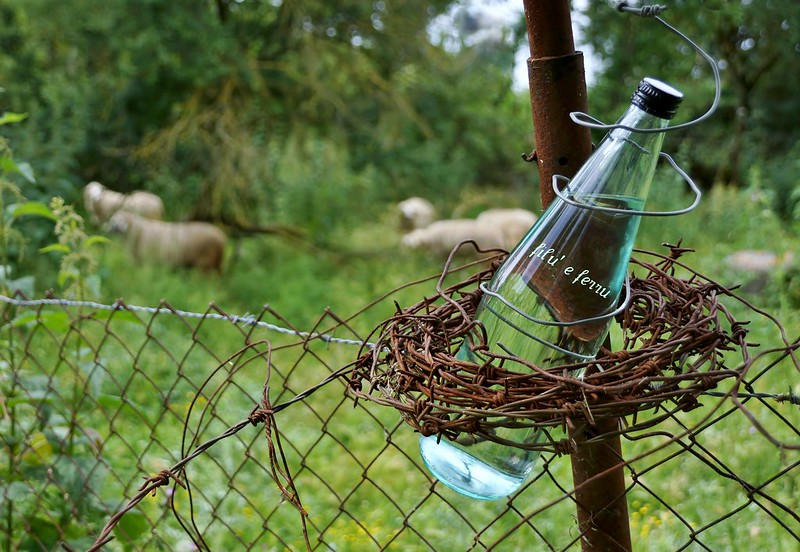 "Filu e ferru" or "abbardente" are the names of Sardinian grappa with alcohol level greater than 40°, it is considered an excellent digestive, it has a dry taste, and it is best served at room temperature. Grappa is a marc distillate. The marcs are the grapes that have been stripped of their pulp and are hence what remains after they have been pressed for wine making.

Where to buy Filu E ferru? Filu e ferru is available at most bars, restaurants, and markers throughout the island

Abbardente is a fusion of the Sardinian words 'abba' (water) and 'ardente' (fire) (burning). As a result, abbardente literally means "burning water." The origin of the term Filu e ferru is even more intriguing (iron wire). Filu e ferru was produced in secret for generations, thus the tools needed to make it and the bottles carrying the finished product were buried underground, with an iron wire attached to the bottles, one end of which protruded from the soil, to help in its finding. 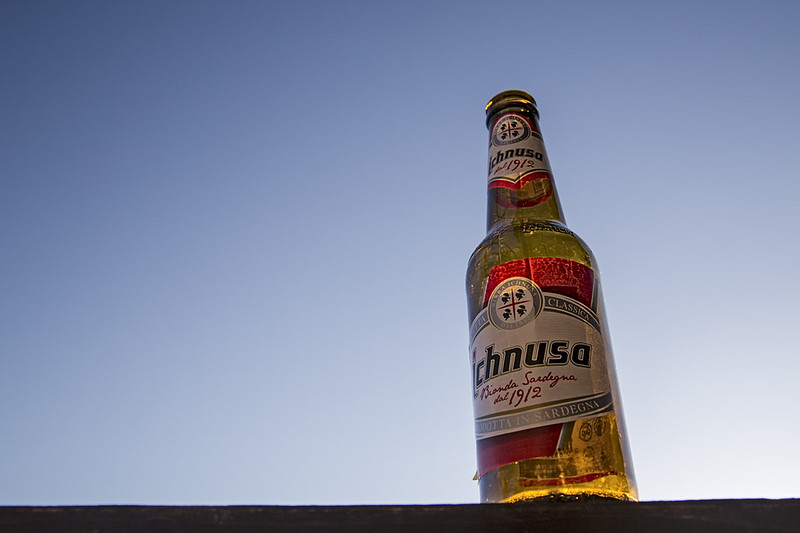 Birra Ichnusa, is the name of a popular Sardinian-made beer, which is brewed in Assemini, a town near the Sardinian capital Cagliari. Birra Ichnusa is a lager with a hoppy taste, it is composed of water, barley malt, maize and hops. The colour is clear golden and the foam is compact and fine-grained but not lasting. Founded in 1912, Birra Ichnusa is now owned by Heineken International.

There's an Ichnusa for everyone:

Ichnusa classic (the original) has a hoppy taste, alcohol content 4,7%

Where to buy Ichnusa beer?

The Sardinian beer is available at most bars, restaurants, and markers throughout the island.

Where to buy Ichnusa beer in UK?

It is possible to buy Ichnusa beer in most of the major supermarkets in UK like Sainsburys, Waitrose, Tesco however it is not always available, alternatively it is possible to find it at Eataly in Liverpool Street or on Amazon

To know more about the origins of the name read the article 5 Interesting Facts About Sardinia That You Might Not Know.