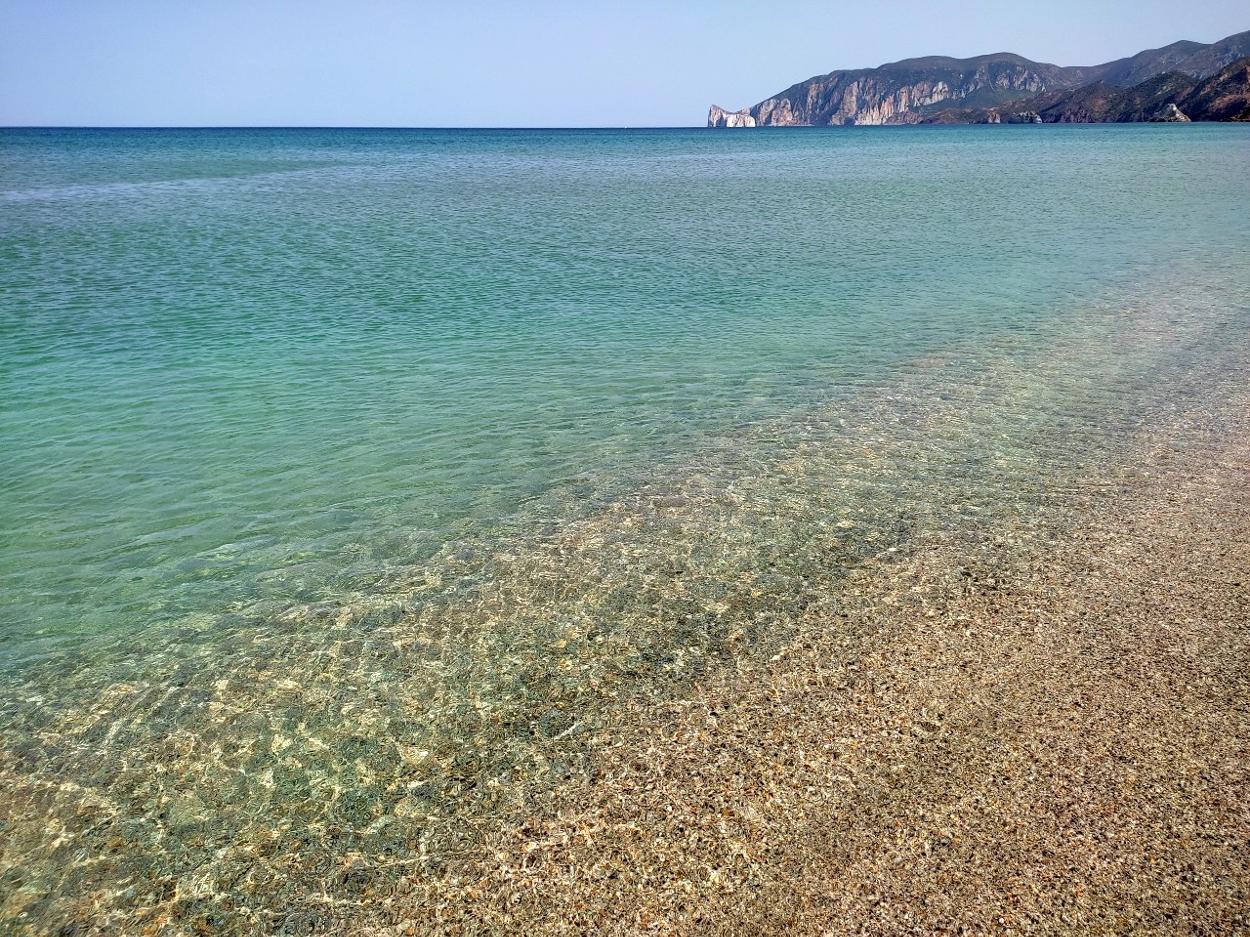 The most 9 beautiful white beaches in southwest Sardinia that must be seen!

Sardinia's southwestern coast is spectacular, wild, and unspoiled by mass tourism. It has untouched nature, interwoven cultures, interesting archaeological and mining sites, and some of the most magnificent beaches in the Mediterranean. It's difficult to choose which one to visit, so here's a list of what I consider to be the best beaches in south-western Sardinia. But, of course, I welcome suggestions: tell me which beach you prefer in the comments section! 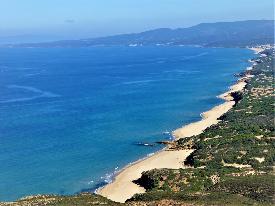 A very long stretch of white sandy beach, crystal-clear water, and 3 km of sand dunes, some of the highest in Europe (about 100 metres), where it is possible to encounter the Sardinian deer. The road to Piscinas beach is tortuous and full of history because it travels through Sulcis, an area once rich in mines now abandoned that tell the story of this region, which has been known since ancient times for the richness of its subsoil, that was exploited until recently.

Why visit Piscinas? To visit the highest dunes in Europe 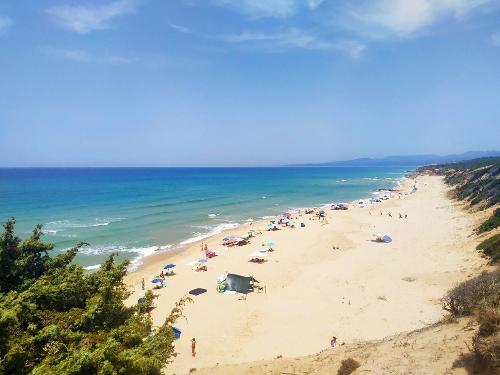 It is a golden sandy beach with crystal clear emerald, green and blue water, protected by steep cliffs and dunes that can reach a height of 70 meters. It is located in an environment where nature is almost completely untouched because the road to reach it is winding and has no villages nearby so it is not subject to mass tourism. The beach of Scivu is about 3 km long and is separated in two by a small cliff. The sand is called "talking sand" because it makes noise when stepped on. Scivu (slide in Sardinian) owes its name to the slide that leads from the cliff to the beach.

Why visit Scivu? To hear the 'talking sand' 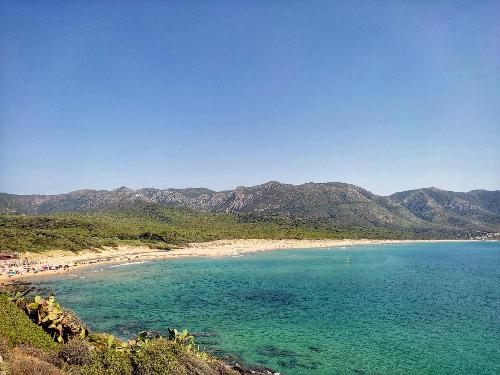 The beach of Portixeddu is divided in half by the Rio Mannu estuary. It is characterised by fine ochre-coloured sand, it is surrounded by a dense green pine forest and is bordered by cliffs that favours the formations of natural pools. The seabed close to the shore is shallow and sandy, gently sloping out into the open sea.

Why visit Portixeddu? To relax in the natural pools 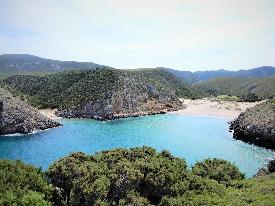 Cala Domestica beach is a bay set between limestones cliffs covered with Mediterranean scrub and characterised by fine sand mixed with gravel and scattered rocks. Behind the beach there are sand dunes and the ruins of warehouses belonging to nearby mines. The sea has a shallow depth and a beautiful blue colour. In the same bay there is another little gem called La Caletta, which can be reached through a tunnel that was dug into the rock by miners. On the top of the promontory there is an 18th-century Savoy tower that was built as a watchtower for pirates and used during the World War II. You can reach it with a hike of about 15 minutes to enjoy a breath-taking sunset.

Why visit Cala Domestica? Because the seabed is perfect for snorkelling 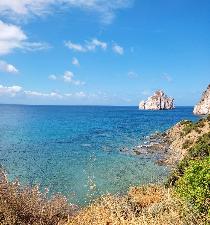 In the gulf of Masua there are two beaches: the beach of Masua and the beach of Porto Cauli. In front of these two beaches is the famous sea stack called 'Pan di Zucchero' which can be reached by dinghy, canoe, or SUP. Both beaches are protected from the Mistral wind and have shallow waters with scattered rocks. A pleasant stroll from Porto Cauli leads to three further rocky and little-visited beaches: Porto Corallo, Porto Ferro, and Portu Banda. From Masua beach is possible to visit Porto Flavia.

Why visit Masua? Because the coast offers a unique landscape, especially at sunset 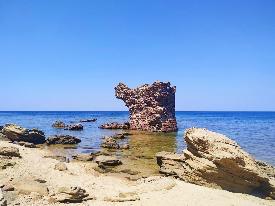 Porto Paglia beach is one of the four beaches that form the Gulf of Gonnesa. The beach takes its name from the ancient tonnara (tuna fishery), dating back to the 18th century, which for two centuries was one of the most productive in the Mediterranean. The tuna fishermen's houses and the fishing dock have been renovated and converted into residence and holiday homes. Not far from the tonnara, you can reach the remains of a Spanish tower (shoes are needed for walking on the rocks). Along the path, there is a little fisherman house, the only one in Sardinia accessible from the sea. On the way to Porto Paglia, it is possible to visit the Nuraghe Seruci.

Why visit Portopaglia? To swim near the fisherman house and the Spanish tower 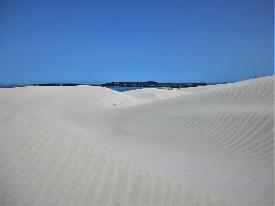 This beautiful beach is famous for its emerald water and sand dunes that reach up to 30 metres in height. This beach is divided into two; the first part is named after the small seaside town of Porto Pino and is characterised by white and grey sand. The second called Is arenas Biancas (the white sand) has much whiter and softer sand that ends with the dunes in the territory of Teulada. The sea is very clear, turquoise blue in colour and has a shallow sandy seabed. The beach is surrounded by Mediterranean maquis, including oaks, centuries-old junipers, and the rare Aleppo pine, precious for its resistant wood which was used by the Phoenicians for their solid boats.

Why visit Portopino? To sunbed in white and soft sand. 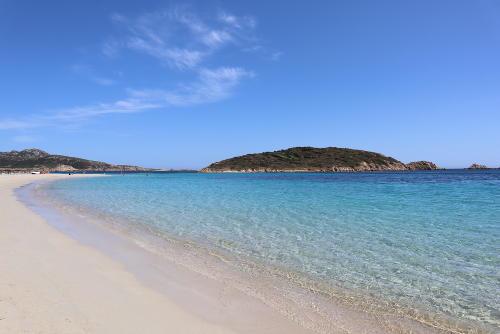 It has been nicknamed The Italian Caribbean because of the colour of its water, which ranges from emerald green to cobalt blue, its exceptional transparency and the fine white sand that looks like talcum powder. Because of these characteristics it is one of the most beautiful beaches in Italy according to TripAdvisor. Tuerredda takes its name from the small island that lies just in front of the beach, which can be reached by swimming or canoeing. Thanks to its shape, the beach is sheltered from the mistral and the sea is almost always calm, perfect for long swims or snorkelling.

Why visit Tuerredda? To feel like in the Caribbean but a few hours from home 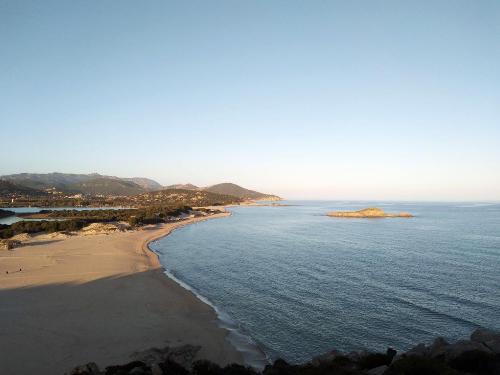 According to TripAdvisor, Su Giudeu (as well as Tuerredda) is considered one of the most beautiful beaches in Italy. It takes its name from the small island in front of it called Su Giudeu which can be reached on foot when the tide is low and which owes its name to the presence of a species of octopus known locally as Pruppu Giudeo (Giudean octopus). This spot is often used as a location for successful films and commercials. The inlet is protected from the mistral winds by large sand dunes and the pond just beyond the beach is home to colourful local wildlife including the pink flamingo.

Why visit Su Giudeu? Because you might see the pink flamingos 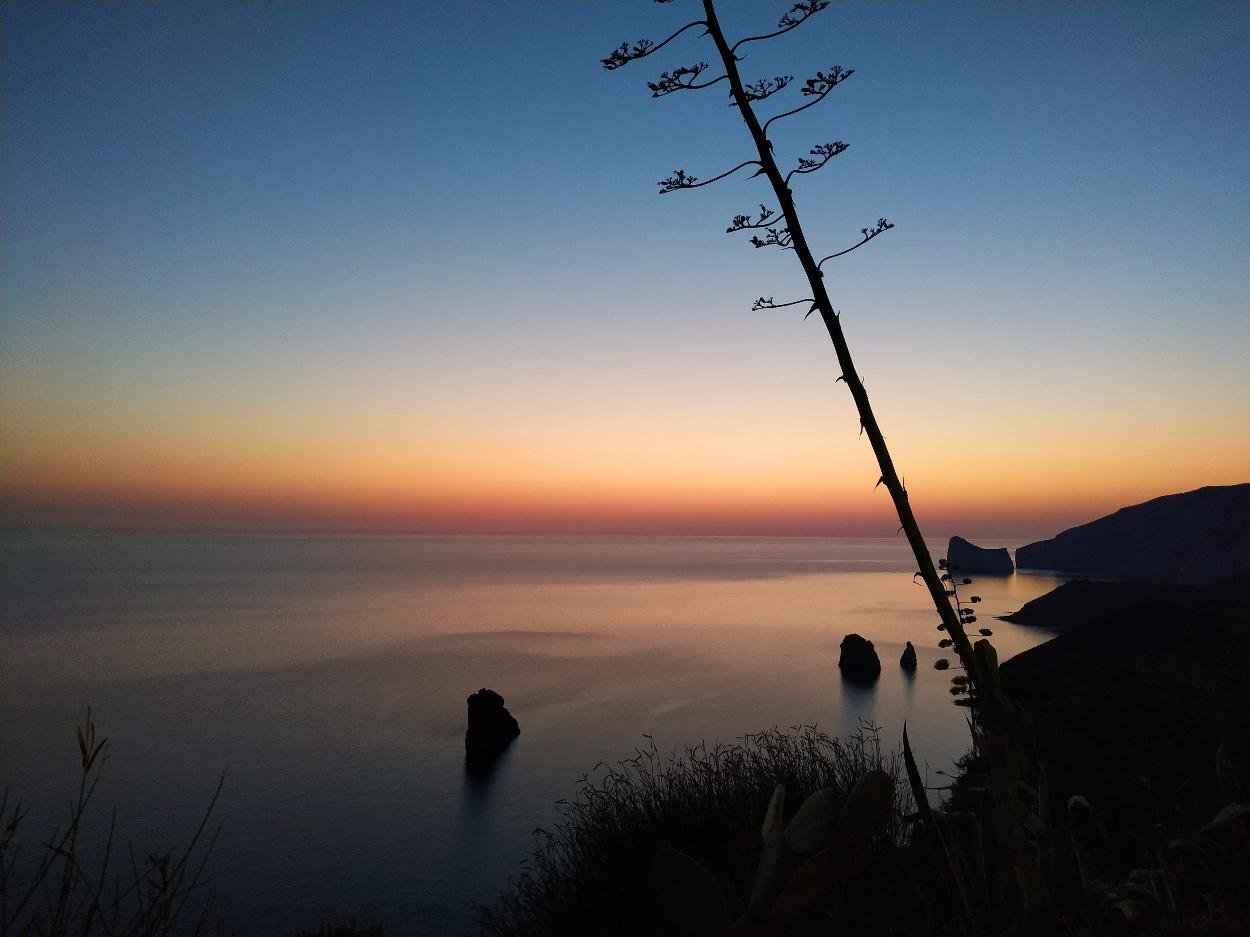 For romantics, the beaches in Southwestern Sardinia offer postcard-perfect sunsets where the sun slowly sets and disappears into the sea.

For naturists the beaches in Southwestern Sardinia offer the possibility of finding secluded locations even during the high season.

For sports enthusiasts, the beaches of Southwestern Sardinia offer long, powerful waves for surfers, the mistral wind for kite surfers and windsurfers and perfect seabeds for diving and snorkelling.